Studies on our EMF protection devicesStudies

Would you like to convince yourself of the effectiveness of our products? That is why we have commissioned numerous studies with the results of which we can reliably demonstrate and prove the functionality of our products. Here we give you an insight into the studies approved so far − more will follow. Read for yourself!

Culture treated with the cell phone for 2 hours

The study examined the effect of non-thermal radiation emitted by an active mobile phone on cell regeneration/wound healing in cultured cells. In addition, it also investigated if there is a protective effect of a Qi- Shield on cells exposed to mobile phone radiation.

The study results showed that cell regeneration and wound healing was strongly reduced by the non-thermal radiation of an active mobile phone, and that the use of the Qi-Shield neutralised this effect by approximately 90%.

Dartsch Scientific investigated whether water exposed to the Qi-Home Cell (“Qi water”) has any potentially beneficial effect on cells, in comparison with untreated tap.

The results of the experiment showed that Qi water had an antioxidative effect against both exogenous (external) and endogenous (internal) free oxygen radicals, such inflammatory processes in the body.

This study examined what happens to humans when exposed to a wifi router in vicinity, and in the presence of a Qi-Shield device. Electrophysiological parameters of 45 subjects were tested in total, divided into three groups (real Qi-Shield + wifi on, sham Qi-Shield + wifi on, and a control group).

The results of the study showed that the Qi-Shield promoted relaxation and had a protective influence on the body against wireless router radiation. 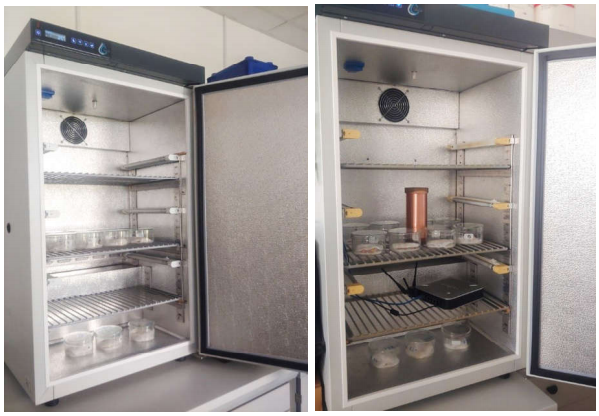 Setup of the control experiment, glass container with beans

Setup of the experiment, beans in glass containers, WiFi and Qi-Shield

The effect of a Qi-Shield device was tested on germinating beans exposed to wi-fi radiation under controlled (heat, temperature) stress.

Results of the experiment showed a shielding effect of the Qi-Shield on Wi-Fi radiation.

Effectiveness test over a geopathological zone, basic measurement without the influence of the Qi-Home Cell

Effectiveness test over a geopathological zone, measurement of the same field after 24 hours of influence of the Qi-Home Cell

In this study researchers examined whether the Qi-Home Cell has an effect on geopathic zones and water quality.

The results of the study showed that the Qi-Home Cell balanced geopathic disturbances, magnetic field disruptions and had a favorable effect on water quality. 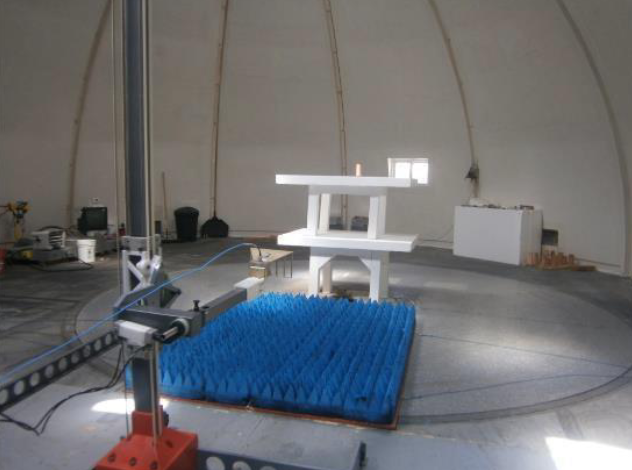 The FCC mark is an internationally recognised certification showing that a product is safe and doesn’t interfere with electromagnetic fields from other electronic devices. The safety limits are set by the Federal Communications Commission.

The FCC report on the Qi-Home Cell is available from us on request. 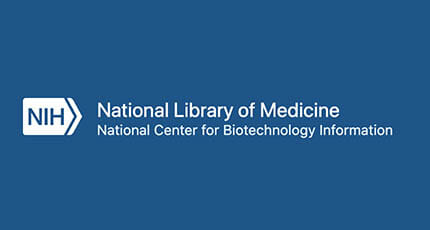 1. Electromagnetic hypersensitivity − an increasing challenge to the medical profession

Authors reviewed the literature on different aspects of EHS and potential adverse health effects of RF-EMF, as well as case reports. Most people are unaware of this type of exposure, which has no smell, color, or visibility. There is an increasing concern that wireless use of laptops and iPads in Swedish schools, where some have even abandoned textbooks, will exacerbate the exposure to EMF.

2. Appeals that matter or not on a moratorium on the deployment of the fifth generation, 5G, for microwave radiation

In this article, the warnings on the health risks associated with RF presented in the 5G appeal and the letters to the EU Health Commissioner since September, 2017 and the authors’ rebuttals are summarized. The responses from the EU seem to have thus far prioritized industry profits to the detriment of human health and the environment.

The authors measured the radiofrequency (RF) radiation at central parts in Stockholm, Sweden in March and April 2017.

The main aim of this study was to compare earlier human epidemiological studies with US National Toxicology Program (NTP) findings, including a short review of animal studies. The authors conclude that there is clear evidence that RF radiation is a human carcinogen, causing glioma and vestibular schwannoma (acoustic neuroma). There is some evidence of an increased risk of developing thyroid cancer, and clear evidence that RF radiation is a multi‑site carcinogen. Based on the Preamble to the IARC Monographs, RF radiation should be classified as carcinogenic to humans, Group 1.

5. Radiofrequency radiation from nearby base stations gives high levels in an apartment in Stockholm, Sweden: A case report

In the present study, the levels of RF radiation were measured in an apartment close to two groups of mobile phone base stations on the roof. Due to the current high RF radiation, the apartment is not suitable for long-term living, particularly for children who may be more sensitive than adults.

6. Measurements of Radiofrequency Radiation with a Body-Borne Exposimeter in Swedish Schools with Wi-Fi

This study conducted exposi metric measurements in seven schools to assess RF emissions in the classroom by measuring the teachers’ RF exposure in order to approximate the children’s exposure.

In the article the authors discuss the following: In 2014 the WHO launched a draft of a Monograph on RF fields and health for public comments. It turned out that five of the six members of the Core Group in charge of the draft are affiliated with International Commission on Non-Ionizing Radiation Protection (ICNIRP), an industry loyal NGO, and thus have a serious conflict of interest. Just as by ICNIRP, evaluation of non-thermal biological effects from RF radiation are dismissed as scientific evidence of adverse health effects in the Monograph. This has provoked many comments sent to the WHO. However, at a meeting on March 3, 2017 at the WHO Geneva office it was stated that the WHO has no intention to change the Core Group.

9. Evaluation of Mobile Phone and Cordless Phone Use and Glioma Risk Using the Bradford Hill Viewpoints from 1965 on Association or Causation

Bradford Hill’s viewpoints from 1965 on association or causation were used on glioma risk and use of mobile or cordless phones. All nine viewpoints were evaluated based on epidemiology and laboratory studies.

10. Where’s Your Phone? A Survey of Where Women Aged 15-40 Carry Their Smartphone and Related Risk Perception: A Survey and Pilot Study

This survey used an online questionnaire to ask about smartphone location under several circumstances to inform the power calculation for a women’s health study. They were also asked about risk perceptions.

11. Radiofrequency radiation at Stockholm Central Railway Station in Sweden and some medical aspects on public exposure to RF fields