While in the 1st part of this 2-part series I explained what electrosmog actually is, what it is produced by and what health complaints it might cause, this 2nd part deals specifically with the new widespread disease – Burnout. The clinical picture has astonishingly striking similarities with the symptoms of the often ignored and ridiculed electrosensitive people. I will address the following points: 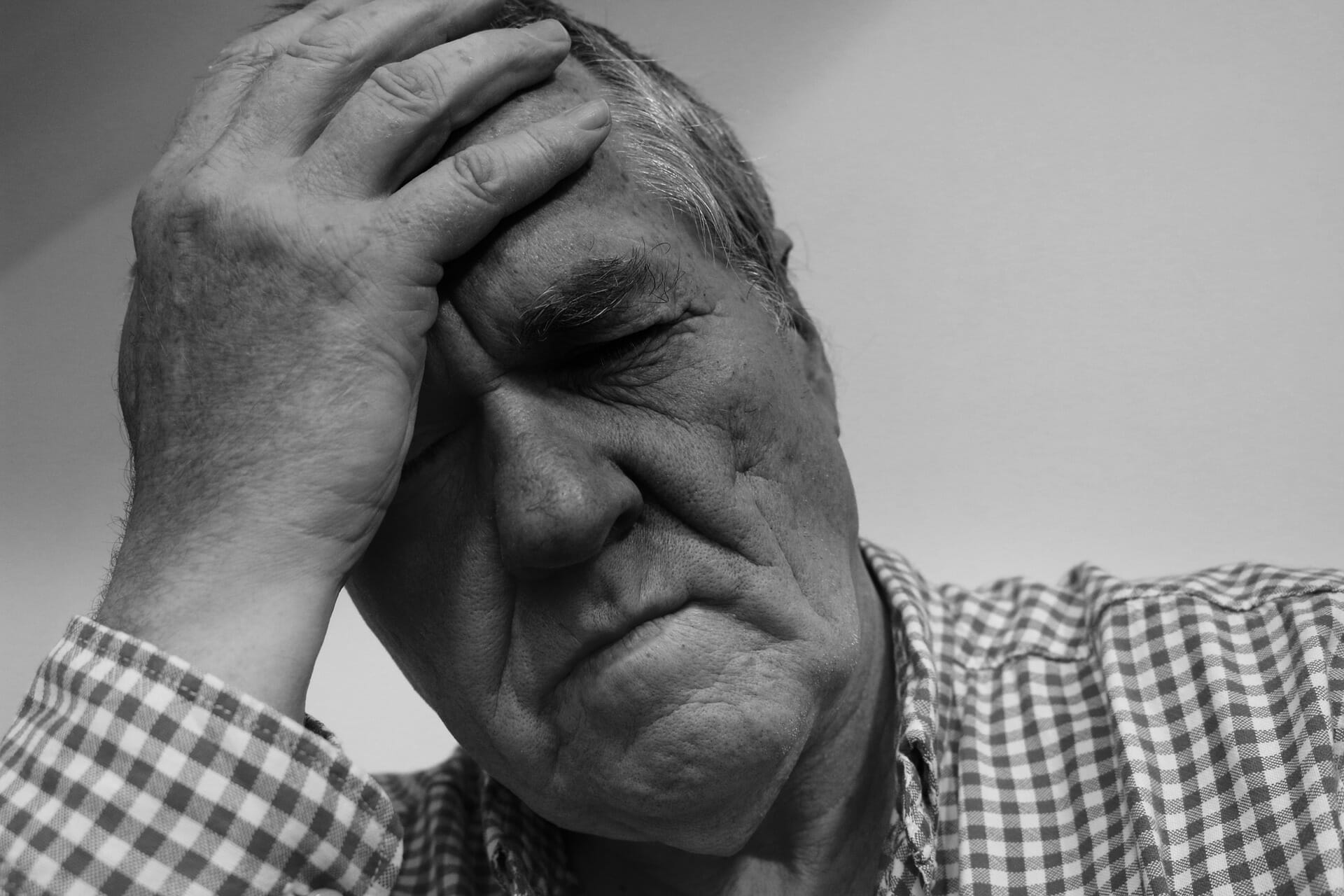 When it comes to exhaustion, inner unrest, etc. triggered by e-smog, our inner alarm bells should ring. Burnout has become one of the big new widespread diseases, alongside internet addiction, cancer and many other unpleasant “achievements” of a technologically advanced world. Here, we might see the link between the non-thermal effects of mobile communications, e-smog pollution and health.

Those who only consider thermal (body tissue warming)effects, (see also the article 5G satellite madness) don’t often want to admit this, as is currently the case with network operators, business and politics. However, at least we are now socially admitting that there are more people who are suffering with burnout syndrome. Let’s take a closer look at the common denominator burnout based on health insurance reports.

Rainer Radtke writes on October 20, 2021 about a statistical recording of the AOK of burnouts among employees for the year 2019 at statista.com:

“In 2019, the AOK counted an average of 5.9 incapacity for work per 1,000 members due to a burnout diagnosis. This means that the frequency of diagnoses has almost doubled over the past decade. The number of illnesses in this diagnosis group has also increased rapidly: Whereas in 2005 there were 13.9 sick days, the AOK registered 129.8 sick leave days per 1,000 members in 2019. Extrapolated to all employees with statutory health insurance, this results in around 185,000 burnout sufferers with a culmination of 4.3 million sick days in 2019.”

Burnout in the age of digitization

The digitization of workplaces has been progressing steadily for years. In the course of digitization, paper files are or have been converted to e-files, and not only in the authorities, and employees have to sit more and more in front of electronic screens. Workplaces or even schools are getting more and more electronic devices, and home office and distance learning has also got a new dimension for teachers, students, companies or employees during the Covid-19 pandemic.

This goes hand in hand with increased number of states of exhaustion: For example, an absence report published by the AOK at the end of 2021 shows a significant deterioration in psychological stress, which can of course also be explained by fear, great existential insecurity, increased physical stress (care area), etc.but also with increased screen work. And even pre-pandemic studies point to the harmful effects of electrosmog on health.

“While at the beginning of 2020 around 69% of those surveyed reported problems such as listlessness, nervousness or dejection, in spring 2021 it was already 88%. In addition, the proportion of employees with at least one psychosomatic impairment rose from 80 to 84%. This was particularly evident in concentration problems (plus 10%) and sleep disorders (plus 7%) […] They also complained more often about physical problems, such as gastrointestinal or cardiovascular complaints.”

In view of these negative trends, critics can legitimately argue that many of the psychosomatically growing problems have to do with the current “stressful” pandemic situation, which I agree with. At the same time, if you look at the increasing numbers before the pandemic, you will have to consider other reasons. And here we can then establish a connection between digitization, network expansion and an increase in sleep problems and other diseases that disappear when the sources of interference (radio mast / cell phone / Wifi / DECT phone etc.) are switched off or removed. What the doctors of the Freiburg Appeal have been observing for a long time or what older statistics show us:

A comparison with the increase in performance levels since the A network makes it clear that there could be a connection here. Researchers of the non-thermal studies confirm this, while critics and supporters of the thermal studies vehemently deny it. (See Fig. 1) 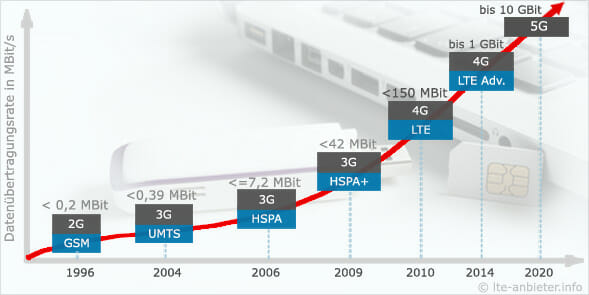 Fig. 1 Since 1996 (as in the case of burnout syndrome) there has been a constant increase in performance levels. Image source: https://www.lte-dienstleistungen.info/Bilder/infografiken/evolution-mobilfunk.jpg

Digitization and the 5G network expansion are in line with an increase in psychosomatic problems and burnout. A connection could also be drawn here to the switch to home office, increased screen work and an increase in states of exhaustion before and also during the Covid-19 pandemic.

How many electro-sensitive people are there in Germany today?

As any connection between e-smog or radio radiation and health problems is officially denied, we can only give estimates. This is the answer of the 2nd chairwoman of the Association for Electrosensitive and Mobile Phone Disabled Persons, Charles-de-Gaulle-Str. 4 in Munich, on my request on March 22, 2020. I talk about it in my book 5G Cellular Network.

“We would also like to have reliable figures, because we can see that the number of those affected is steadily increasing. However, there is no official survey and there will not be as long as the existence of the EHS is officially denied. Particularly with a view to the planned expansion of the 5G network, increased activity by all official decision-makers can be felt to be able to continue to downplay the problem with the so-called electrosensitive people – according to the official style. It is in the nature of things that official estimates are far too low and the number of unreported cases is likely to be correspondingly high. We assume that around 35-40% of the population are affected.” (See Fig. 2) 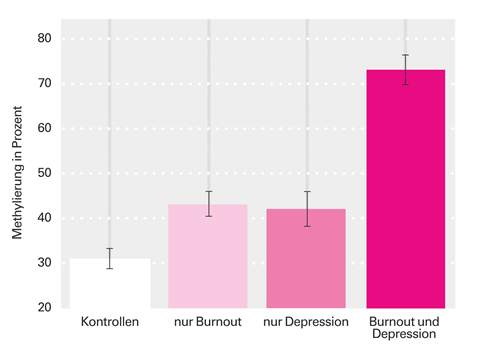 Fig. 2: The statements of the association for electrosensitive people seem realistic if a connection is made between burnout, states of exhaustion, the weakening of the immune system and the growing expansion of mobile communications. Image address: https://static.spektrum.de/fm/912/Burnout_DoppelesLeid_GuG-MartinReuter.jpg?f=2000

What do we have to expect in the future?

Many cell phone critics warn of the incalculable consequences of a complete network and the permanent irradiation of all areas of life with the millimeter waves that are far too little researched on their long-term effects, as stated above on the website of the Federal Office for Radiation Protection:

A large-scale experiment on the world’s population?

Critics are therefore rightfully saying: The 5G standard is a large-scale experiment on the population, but also on the nature and environment entrusted to us – i.e. trees, animals, insects, etc.

“Those familiar with the matter” will now have a little “Deja Vu”, because the same problem arose with the introduction of the first cell phones.

“We currently have 40 million guinea pigs in Germany. We may have the results in a few years. Cell phones have been shoved into people’s hands, although no precise information about the medical consequences is known yet. ”

And we have already received the results today:

The 5G network expansion is currently progressing massively both on earth and through thousands of satellites in earth orbit. At the same time, more people are resisting this powerful technology and the long-term health consequences of which have not yet been researched at all, including the military. This  is why some mayors, districts or regions say no to network expansion before this new technology has been better researched on its health effects. At the same time, cities such as Dresden or Jena are sometimes even declared to be 5G model cities without the consent of the citizens. With a clear focus, economic interests are placed above those of the common good. This is why does Prof. Dr. Hyland is said to have once said:

“At present, man-made ‘electrosmog’ is a major threat to public health. The radiation is insidious in that it eludes our senses – a fact that encourages a more carefree approach to protecting yourself. It is probably fair to say that – if a new drug or food were met with the same lack of consensus and equally strong concern – it would never be approved. ”

Statements by Prof. Dr. Hyland, University of Warwick in an extensive paper of the European Parliament (2001)

But when it comes to mobile communications or the expansion of 5G networks, we are prepared to take risks that we would not take with new drugs – without being certain of the long-term consequences of the radiation.

What is in store for us?

In view of various developments, there are several options regarding what can happen to us and the world with the planned 5G network expansion:

No matter where the development is headed, we all contribute to it now with our personal decisions. In the future, it will tip the scales in one direction or the other, as everything is connected by an invisible matrix.

Take your EMF protection into your own hands.  We develop exclusive products for you both for on the go and for at home or in the office. Our Qi technology is integrated in all Qi devices.

Note: The article reflects the opinion of the author and does not necessarily represent the point of view of Waveguard GmbH. 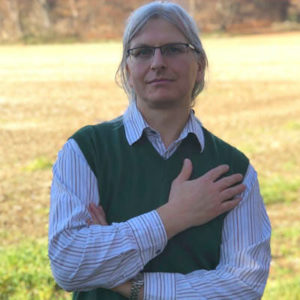